Zuidas versus The City

Vlietstra
Comments Off on Zuidas versus The City

Obviously, one cannot compare the Zuidas with its bigger financial brother in London as the British capital has ten times as many inhabitants. But still, the Zuidas is slowly but surely getting a more international image and – due to the impending Brexit – more and more companies are opening offices in Amsterdam. Reason enough to ask three experts about the opportunities in both cities and the differences and similarities between Amsterdam and London.

Ever since the late 80s, when the financial market in London was deregulated and American and Asian banks started to open branches there, the city has seen tremendous changes and this development has never really stopped, says Maarten van den Belt, Partner European Office at Ruffena Capital. “London is clearly a market dominated by finance but there’s a lot more to it, otherwise Google and Facebook wouldn’t have chosen London as their European headquarters.”

When it comes to pure size it is not fair to compare a metropole like London, with its little sister Amsterdam. “In London, there are around 2,000 venture capital firms and our company is in contact with some 300 of them. Amsterdam has a grand total of 50 venture capital firms”, he indicates. “And that very difference in size is the reason why the bar is set a lot higher in The City.”

“London attracts a lot of international talent”, says Tjeerd Voskamp, Global Head of Wholesale Distribution at Aviva Investors. “This means more competition and immense pressure to go the extra mile.” Jeppe de Boer, founding partner of Masterdam, adds that at times it feels as if working is the only thing people in London do. “They get up early, work long hours and then go to bed early. Dinner starts early – no alcohol, only water – and then just after 9 o’clock the whole thing is over. Some will go home, but most employees will go back to the office.”

‘At the moment, London is still the place to be for an international career’

However, this hard-working mentality is exactly what they appreciate about London. “What I like about London is the professional attitude. The way they handle presentations, all the legal professionals and accountants that are involved to finalize things when a deal gets closed”, Maarten van den Belt says. According to Tjeerd Voskamp there are many more opportunities in The City. “I think I’d prefer working in London because of the global way of doing business and the international environment. If you work hard, you’ll definitely get the chance to make the next step.” 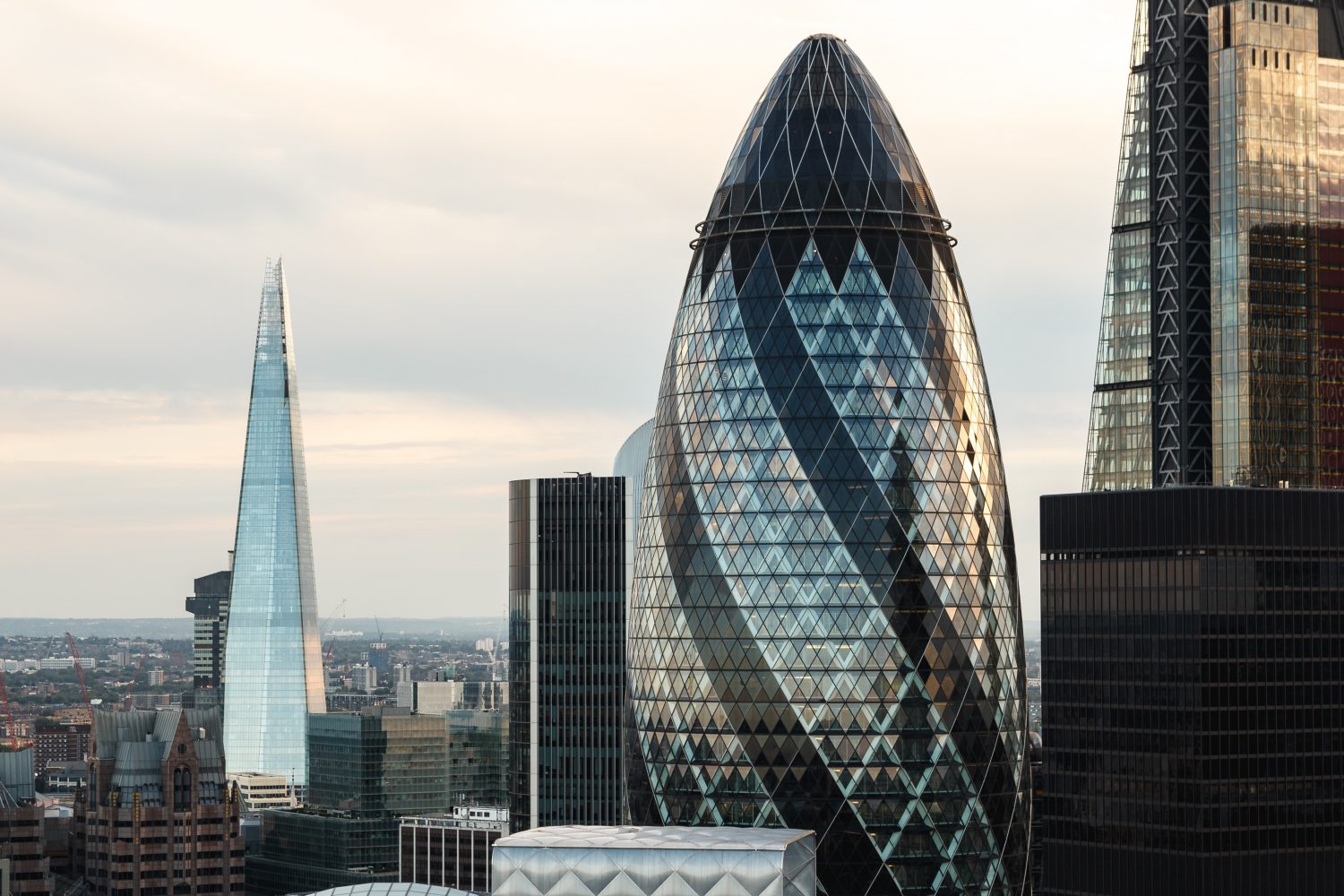 Due to the large scale and the long working hours it is absolutely crucial to have a good network in London. However, Tjeerd Voskamp thinks networking is part of life in The City and that makes it somewhat easier. “Expats moving to Amsterdam are usually a bit intimidated as it can be difficult to get into social circles in the Netherlands. London is a global city but with a proactive attitude you’ll quickly get to know people as they all have the same mindset: they’ve come here to network and be successful.”

‘In London there are around 2,000 venture capital firms, in Amsterdam only 50’

And networking isn’t limited to the business world. Jeppe de Boer: “Almost everyone in London works in finance, including the other parents at your children’s school. They may come from Chile or China but they all have a similar professional background and similar ideas about life. That means less diversity but it makes things very efficient: everything you do is good for your network. As people in London move between companies rather quickly, they’ve got former colleagues all over the place. So you’ll run into lots of people you know in this gigantic metropole. I really like that open atmosphere.”

What about the Zuidas, the little sister that’s been gaining a more international reputation the last few years? The experts agree that the image of the financial sector in Amsterdam has changed for the better recently.

“Seven years ago, the Netherlands was one of the weakest countries in terms of economic growth: there was a crisis, the housing market had collapsed, the pension system and the real estate market – especially office space – were in a pretty bad state. That situation has totally changed: the Netherlands is now considered one of the strongest economies but also a very safe, trendy and forward-looking country”, says Jeppe de Boer. In his opinion, people look differently at Amsterdam in comparison to a few years ago. “Back then I would travel to London every month to explain to an international network what was going on in the Netherlands. Now I notice that the people from this very same network often visit Amsterdam for business purposes.”

Apart from a strong economy, quality of life is one of the areas in which Amsterdam beats London. Amsterdam is a very diverse city when it comes to people and their background, social position and culture. Everything is close by and it’s easy to move around town. The city is very accessible by train and car, and it’s a very short trip from the Zuidas to Schiphol Airport. At the same time, Amsterdam is surrounded by green areas if you feel like leaving town to unwind.

‘I think Amsterdam will become much more interesting to international organizations’

“The Netherlands is investing a lot in real estate, infrastructure and accessibility and that really pays off. People in London look with envy at how well everything is organized over here”, Maarten van den Belt explains. Even though many Dutch citizens don’t realize this, the quality of life in the Netherlands is a breath of fresh air for expats returning home. Jeppe de Boer: “Here you can easily get a table at a nice restaurant. In London that is very complicated as everything is hyped over there.” Whenever he’s in the Netherlands, Tjeerd Voskamp senses that the stress levels are considerably lower. “In London, I’ve got the feeling that everyone is pressed for time and you’re rushing all the time. I don’t have that feeling here. Amsterdam is smaller, less stressful, the pace is not as fast.”

Another factor contributing to quality of life are the lower housing costs in the Netherlands: buying or renting a house in London can cost a fortune in London – especially for expats new to the local housing market, according to Tjeerd Voskamp. Other costs are not really an issue as you’ll generally earn more in London. “The big difference between the two countries is the bonus culture. With a big pool of international financial organizations employees will be able to earn a lot more.”

Considering all the above, it becomes clear that the Zuidas will never become a second City. And that’s something we should celebrate, because it’ll bring a lot of opportunities. “I don’t think the working pace in Amsterdam will ever be as fast as London”, Tjeerd Voskamp says, “but I do think that Amsterdam will become more interesting to international organizations and that could accelerate things. At the moment, London is still the place to be for an international career, but quality of life in the Netherlands is higher, with a better balance between work and personal life.”

Jeppe de Boer fully agrees. “If I was in my late twenties I’d go to London again, but I’ve got a family with three children and for us Amsterdam is a great environment. I see a lot of successful financial entrepreneurs who, having earned their spurs in London, move to Amsterdam when they reach a phase when work-life balance becomes more important. These are Dutch people but also Israeli, French and American nationals. Amsterdam is easily accessible, international and a very nice place to live. Plus it’s less complicated to start your own business here; I don’t know if I’d dare to take that same leap in London.”

Tjeerd Voskamp is Global Head of Wholesale Distribution at Aviva Investors. He’s been living and working in London since 1997, but he regularly visits the Aviva Investors office at the Zuidas.

Jeppe de Boer is founding partner of Masterdam. For his work he spent seven years in London and four years in Russia. In 2015, he opened his own office at the Zuidas.

Maarten van den Belt is Partner European Office at Ruffena Capital. For 20 years, including three different periods in London, he worked in various jobs around the world. At the moment, he’s busy setting up an Amsterdam branch for Ruffena Capital, which means he has to visit London quite often.