Eduard Herkes
Comments Off on Unique Porsches in Ben’s Garage 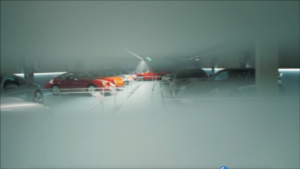 In Ben’s Garage, the recently opened cellar of the Move Mobility Experience at the Stadionplein, a unique collection of Porsches is currently on display.

Visitors are given a tour of a number of special models, including the very first Porsche 356, which was sold in the Netherlands in 1949. The 911 Carrera 4S Ben Pon Jr., named after Porsche Ambassador Ben Pon Jr., who passed away last year, can also be seen.

More than seventy years of Porsche in the Netherlands comes to life in Ben’s Garage. From the Porsche 356, which came on the market in 1948 as the sports car manufacturer’s first model, via the 946 Targa, which was used by the Dutch National Police in 1992, to the 991.2 GT2 RS, the most powerful 911 ever. Visitors are given a tour of eleven models and hear stories never told before behind the cars.

Ben’s Garage is named after Ben Pon jr., also known as ‘Mister Porsche’. His family business became the very first Porsche importer in the world in 1949. In addition to being an importer, Pon jr. was also a racing driver in various models of Porsche. His endless love for the Stuttgart sports car brand is now temporarily given a place in the recently opened to the public cellar of the Move Mobility Experience.

In this experience, the first of its kind in the Netherlands, you can make an interactive journey through the history, but also the future of mobility. It is located right next to the Olympic Stadium. Here you can also admire the latest and ‘future’ models of bicycles and cars, including Gazelle, Cervélo, Audi, Porsche and Bentley.

Ben’s Garage is open every Saturday and Sunday. Visitors should book a half-hour slot on https://move.amsterdam/gebouw/bens-garage/ in advance. Admission to this temporary exhibition amounts to five euros for children under 12 years of age and ten euros for everyone over 12. Afterwards, visitors will receive a collector’s item poster from Porsche as a souvenir.

The exhibition, which began in February, will be on display for a few months. The experience itself can be visited at the Stadionplein in Amsterdam from Tuesday to Sunday between 10 and 17 hours. Move is suitable for young and old and is free of charge. Reservations can be made via the website www.move.amsterdam. The Porsches collection can only be visited temporarily, every Saturday and Sunday. 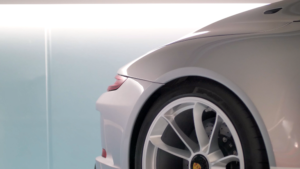 ‘Aesthetics and sustainability can go hand in hand’