This is my life: Eduard Schaepman at Zuidas

Eduard Herkes
Comments Off on This is my life: Eduard Schaepman at Zuidas

This will be one of the last photos of Eduard Schaepman in a chequered suit as in 2019 he’ll go for something new in order to catch the eye. After all, the founder of Tribes, with three office locations at the Zuidas, likes to attract attention.

“Do you know how real-estate tycoon Cor van Zadelhoff dresses these days? He’s wearing red quite often and sometimes even puts on Nike sneakers with matching red shoelaces! I find it terrific. Vice-premier Hugo de Jonge and his conspicuous shoes? Brilliant! For once the attention isn’t focused on the prime minister or the royals but that’s great, don’t you think?”

Everyone is looking alike

“In Anglo-Saxon culture, people dress to impress, especially in the business world. It’s okay to attract attention this way as others will remember who you are. You won’t see that in the Netherlands due to our Calvinistic nature. Everyone at the Zuidas is looking alike. No-one is wearing a tie any longer. Lawyers, notaries, bankers – they’re all wearing the same suit. Only Arjen Paardekooper (a lawyer, EH) really dares to stands out.” 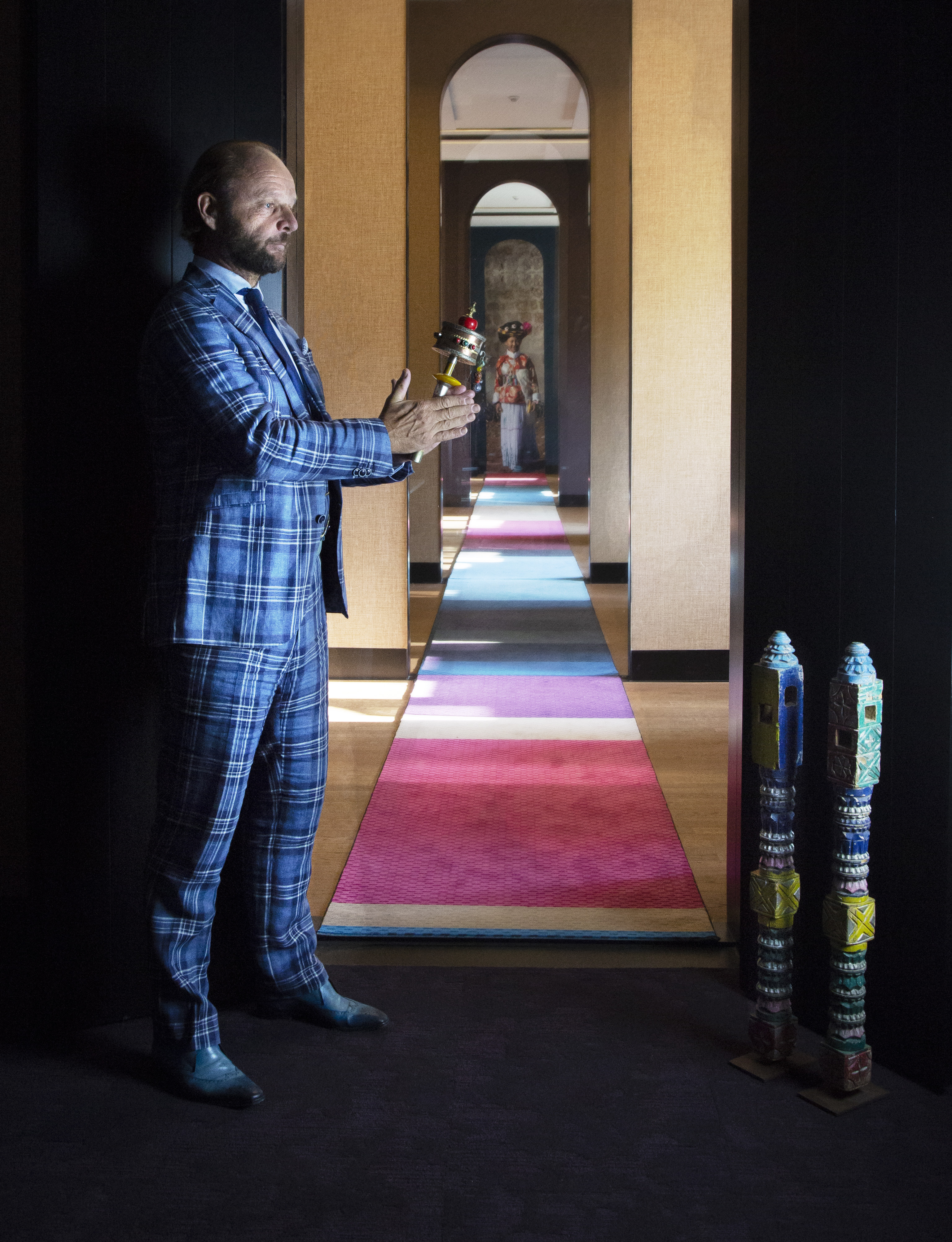 Eduard Schaepman holding a prayer roll used by the Mosuo, a tribe in western China. The Tribes branch at Raamplein in Amsterdam is named after the Mosuo. Photo Oona Brueren

“I’ve always cared for how I looked. It must have something to do with growing up in the southern province of Limburg. When I was working as a banker, I was wearing pin-striped suits but different from the ones others were wearing. I’ve worn braces for a while until Jort Kelder (a Dutch TV personality) started to wear them. In 2007, I went for chequered suits – nobody is going to take any notice of a man in a black suit.”

“Yes, I’m pretty vain. I’m a dedicated follower of fashion; it is a source of inspiration. And I look after my body: I do kickboxing, spinning, and mountain biking. I make sure I get enough sleep and I watch my diet. I need to have a lot of energy because running a business is like playing top-level sports, especially here in the Netherlands!

Total4Living: A touch of glamour