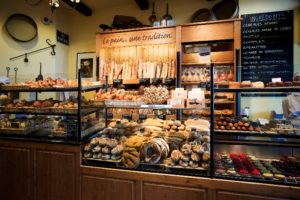 Once upon a time… there was a traditionally trained baker from France who fell in love with a Dutch woman. Soon after, Sébastien and Susan Roturier decided they wanted to open the first French boulangerie in the Netherlands but the bank had no faith in their plan and refused them a loan. Still, they somehow managed to set up Le Fournil de Sébastien in 2007. And with instant success! Locals were queuing up from day one and the French bread and pastry were selling like hot cakes…

“That success was nice but the whole period was very tough!” Sébastien says. In the early days, he didn’t have any staff and he was working twenty (!) hours a day. And to make matters worse, the much-feared Dutch culinary critic, the late Johannes van Dam wearing his trademark dark suit and hat, dropped by. Van Dam was the self-proclaimed top culinary journalist in the Netherlands and had the reputation he could make or break a business.

Van Dam was curious to see how they went about things in this popular bakery. Fortunately, he wrote a glowing review in the Amsterdam newspaper Het Parool and overnight the bakery’s sales jumped by 30 percent. And now, more than ten years later, Sébastien employs one hundred people in his three Le Fournil bakeries in Amsterdam, Amstelveen and Hilversum.

Not that Sébastien really needed that review: the smell of freshly baked bread spreading over the Olympiaplein was already speaking for itself. These days, some customers even drive to Le Fournil from faraway places such as Apeldoorn to buy brioches and pains spéciaux with olives, apricots, figs or garlic. Usually, they also get themselves some macarons and lemon cakes – Le Fournil also sells excellent patisserie products.

Sébastien: “It is just like in France: children running inside and climbing up the bench, peeking through the windows to see the bakers in action in the kitchen. I’m really happy with those windows as it allows the customers to see our craft but also how much work it actually involves…”

We look into the kitchen and, yes, we see people being very busy, communicating in French as all the bakers at Le Fournil are recruited from France.

According to a recent episode of the Dutch TV programme Keuringsdienst van Waarde (‘Food Unwrapped’), only 1 percent of all Dutch bakeries actually make their croissants themselves. Sébastien: “That’s right: nearly all of these bakeries use semi-finished products and ready-to-bake mixes. But it shouldn’t be that way. To me, making baguettes and croissants is the toughest job there is as we do every step in the baking process ourselves. We only use a handful of basic ingredients: salt, sourdough… and the Tradition Française flour, of course.”

This special flour is a nigh sacrosanct product imported from France. “The Tradition Française flour has to comply with very strict regulations and must be made without any ‘tricks’ such as bread improvers. This means the quality varies from year to year and we need to adapt to that.” Sébastien takes a baguette in his hand and says: “Look, this bread has a nice brown crust and inside it is soft and airy, totally different from the sponge-like French bread sold in supermarkets.”

“And don’t forget the aroma. To achieve that distinctive smell and taste, the dough needs to rise a long time: between 18 and 24 hours. So from two o’clock in the morning, there’s always someone keeping an eye on it. We don’t use any machines. It’s hard work but this is our craft and I’m really proud of it. Another big difference is that we only use liquid sourdough as that is better for digestion.”

“Most Dutch people – especially those living in Amsterdam-Zuid – are well-travelled and know a lot about different tastes,” Sébastien explains. “This is no longer a country of potato eaters. There are lots of delicatessen in town, with an abundance of French and Italian cheeses for sale. I like the fact that croissants are so popular over here. In France, we dip a croissant in our coffee in the morning or we eat them at breakfast on a Sunday, but the Dutch seem to be eating them all day. And I love it when they come back for a baguette in the evening. Thank heavens, more and more people know how wonderful a nice piece of bread tastes with dinner and a good glass of wine.”

Sébastien firmly but politely declines catering jobs for hotel chains or other large organizations. And he also turned down the offer to become a member of the jury in the popular TV show Heel Holland Bakt (‘The Great Dutch Bakeoff’). “I really don’t want to become a showman or start a franchise. Three bakeries is more than enough. If I were to open a few more, it would be very hard to guarantee the same quality. The only thing I want to do is to raise the bar at Le Fournil and pass on my knowledge to the new generation of bakers. I didn’t invent the wheel, the old masters taught me their tricks of the trade. To me, that cycle should continue in order to keep our craftsmanship alive.” 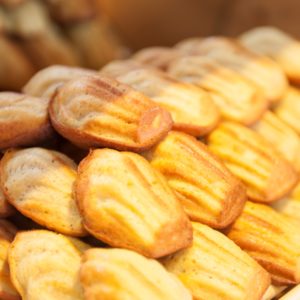 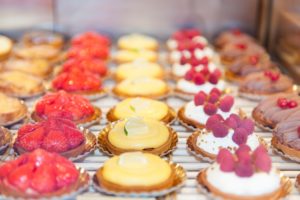 ‘It has only become more attractive, trendy and sociable here’