A hundred years of KLM in pictures 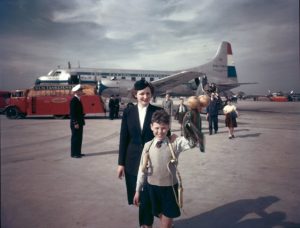 KLM will be a hundred years old in October 2019. That birthday is kicked off with a free photo exhibition.

Amsterdam City Archives can now display one hundred very beautiful photos from the history of the Koninklijke Luchtvaart Maatschappij because KLM has had its own photo archive since its establishment. It is the oldest aviation photo archive in the world. The archive contains 250,000 high-quality images made by renowned photographers such as Paul Huf.

But the exhibition also shows how flying has changed over the past century, says Lidy klein Gunnewiek, chairman of the board of the Maria Austria Institute, which has put together the photo exhibition. And manages the extensive KLM photo archive.

First it was businessmen, politicians, and celebrities who could afford it. For a long time, a day at Schiphol was the highest possible for most people. In 1955 the airport attracted no fewer than a million day trippers, a number that the Rijksmuseum couldn’t match. 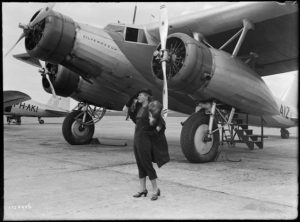 During the opening of the photo exhibition, KLM director Frank Houben told those present about the First Air Traffic Exhibition Amsterdam, which took place in the summer of 1919 in Amsterdam-Noord, where the Eye Museum now stands. The exhibition lasted two months and attracted no fewer than 500,000 visitors. Houben: “Many people had never seen a plane up close. You could even fly around. That cost almost an annual salary and you did not know whether you would land safely. ”

Let’s Fly Away can be seen until 6 October – except on Monday – at the Amsterdam City Archives, Vijzelstraat 32. Admission is free.

At the photo above:

At the photo below:

Get rid of those fat-cells